Rajiv Gandhi Khel Ratna Award Winners Name is very important for all aspirants to know. General knowledge is very significant for all competitive exams. In all competitive exams awards and winners, related questions come in all types of exams. So we should all know about this gk topic. If you are preparing for a railway or SSC this topic is very significant.

Thus players get the price of 7.5 Lac rupees as a reward and one certificate of Rajiv Gandhi Khel Ratna Award.

We must know about the importance of the Rajeev Gandhi Khel Ratna Award for us. Because this award is very significant in the field of Games. If we talk for the gk questions for the competitive exams. Games and their awards are very important for all SSC BANK Railway exams or their government jobs.

Rajeev Gandhi Khel Ratna Award is such an award that gives the motivation in players to meet the target. First Rajiv Gandhi ward winner is Vishvnathan Anand as he is a chess world champion player. He did not only won the Rajiv Gandhi Award but also received many more.

“Main Point of Rajiv Gandi Award as we have given below “

Therefore we have given the list of Rajiv Gandhi Award winners. Although we have tried to reveal in detail. If you want to download the PDF of Rajiv Gandhi Khel Ratna Award Click now. Above all the information we have taken from many important books and tried to collect in one place.

Sport award which encourages sportsmen as Bharat Ratna Award. So we must have remembered the winner of Rajiv Gandhi Khel Ratna.

In 2019 the Sports Ministry has given Rajeev Gandhi Sport Award to people. So we want to share a few statements about those winners of the Rajeev Gandhi Award.

Hence we would talk about the career of Punia. He was born in Haryana at the district of Jhajjar. He learns many tips from his own father in the field of wrestling. Bajarang Punia started wrestling at the age of 7. He is a government employee of Railway as a TTE (Travelling Ticket Examiner).

He received many gold and silver from wrestling. Bajarang is getting success from 2013 to till now. After seeing his contribution to the field of wrestling govt decided to provide Rajeev Gandhi Sport award to him.

This is the highest award in the field sport. So we recommend all students to remember this for the coming exam. The president of India offered this award to him.

Deepa Malik is an Indian athlete. She is the first Indian woman to win a medal in Paralympic Games and won a Silver medal at the 2016 Summer Paralympics in the shot put. She has also won gold in the F-53/54 Javelin event at the para athletic Grand Prix held in Dubai in 2018.

Malik is the first woman to win the medal in Paralympics. She was born in 1970. Deepa also won the Arjuna Award in 2012. She did not only get Rajiv Gandhi Khel Ratna but also many more awards.

We have tried our best to give this information to assist you in your coming exams. If you have loved this article please this to Facebook, Telegram, Whatsapp, Twitter, etc social media. 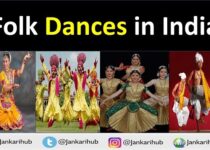 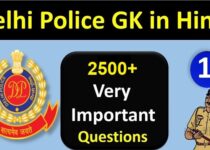 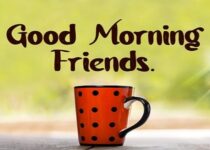