Hi Friends, I hope you are doing well. Today we would talk about the most popular Hindi and English Indian writer Chetan Bhagat in detail. Chetan Bhagat was born on 22 April 1974. He is a very famous Indian English Novelist, Author, Columnist as well as Screenwriter. He motivates mostly all Indian Youngsters girls and Boys both. Always he comes in society and explains the issue in his novel.

Mainly he is well known as Indian English Novelist. Now he has been such an Indian English Novelist whose books are best selling books in this era. His work is not only praised by Indians but also world books fans. Chetan Bhagat writes the novel is very simple language that everyone can read easily and understands his thoughts.

Chetan Bhagat writes the articles for the young boys and girls on their career development and Current affairs for Times of India English new paper. He does the work in the Hindi Language for Hindi Audience North Indian Youngsters.

According to the report of The New York Times, his novel book copy was sold more than seven million in the world. Chetan Bhagat has created a history in the English Language.

World the most popular English Magazine’s TIME listed his name in the list of 100 most influential people in 2010. As this is the wonderful achievement for an Indian English Writer at this age.

Well, Chetan Bhagat is most popular in the Film Industry for his work and writing skills. He did the work for a few Hindi and Tamil Movies as screenwriter along with Dialogue. He is the screenwriter of further movies – Kai Po Che, 2 States, Kick, Half Girl Friend. For his best contribution to Film Industry, he won the award of Film Fare awards for best screen playwriting. Overall we can say he is doing mind-blowing work for our country.

As previously he was born in a Punjabi family in Delhi. He was an Indian Army officer and his mother as a government employee in the Agriculture Department. His younger brother is also a Novelist and story writer. Chetan bhagat completed schooling from New Delhi Army school.

Chetan Bhagat has completed his engineering in Mechanical Engineering from the Indian Institute of Technology Delhi. After getting a mechanical engineering degree Chetan bhagat did MBA from Ahmedabad Gujarat. He started his career as Investment Banker from Hong Kong. He wrote a Novel while doing work in Hong Kong. His writing work was Five Point Someone. Overall this is the personal life of Chetan Bhagat.

While Preparing MBA in Ahmedabad he married his friend Anusha. As his all marriage life he narrated in 2 States Novel and movie. According to the movies, both families was the difference in culture and custom and tendency.

Chetan Bhagat has done the work in Goldman Sachs as an Investment banker for more than 10 years in Hong Kong. After returning from Hong Kong he shifted with family from New Delhi to Mumbai. After doing good work for Five Point Someone he selected full time as a career as Writer.

He is not only a writer but also he is the most popular Novelist, Columnist, screenwriter, and Television Personality. Chetan Ji is the author of the bestselling novel Five Point Someone in 2004. Later on, he gave us another Novel One Night @ call center in 2015. After coming to both Novels he became a very famous and most popular English Writer in India.

Most of his novels are being used in Movies in difference Indian languages. Chetan Bhagat writes the article for The Times of India and Hindustan Times. He contributed to the television anchor competition show Star Anchor Hunt.

He goes to the news channel to promote his upcoming Novels and article. Always he works for the latest Novel and short story related to Social issues. Now day his novels and stories move around Social issues and youth careers.

He is very famous in young boys and girls for his good writing skills. In spite of having a Mechanical Engineering Degree. He accepted writing career and quit all types of Jobs like an Investment banker. He attends the seminar to deliver the lecture for the Youngest about the career and selection of Fields. Chetan Bhagat’s Quotes are very prominent for all types of people.

He has good skills to attract people by writing novels and news articles. Some times he narrates about the social issue in our country and how this can be solved. He attends the television programs as Judge. We like Chetan Bhagat Quotes.

2 States (Real Story of his Life)

In this Movie, Chetan Bhagat has narrated about the marriage of my life. This novel is an Autobiographical Novel. This Novel moves around his MBA College Life Ahmadabad Gujarat. 2 States Novel focuses on the prevailing issue of interstate marriage in India. This novel reveals the personal experience of their life. Who like the protagonist of the novel relentlessly tried to convince their respective families of different casts to approve of their marriage.

Overall we can there are many problems for Interstate marriage and cast problems. Two states Chetan Bhagat Shown the problem which comes in Marriage like States, cast, Language, etc. For details, you should watch this movie Once. You may understand completely.

There is many most popular novel of Chetan Bhagat which is being sold all times. Below we give the Books name and you should read this once.

I hope you have liked our article kindly share this with your all friends. Because our website mission is to give free knowledge. 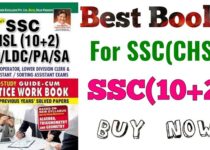